The Bath That Did Not Work

Self-sufficiency is not just a passion of the young who want to branch out into their first home, it is also the desire of the old who wish to remain independent for as long as possible in their own homes. But for them the bathroom is often the first place where they find themselves struggling.

At 92 years of age, Louis was young at heart, but over the years his family had had to add successive little modifications to his bathroom in order to help an increasingly frail gentleman to maintain as much of his washroom independence as possible. Grab rails, non-slip mats and a hoist to help him bathe were all measures that helped to a certain degree, but the time had come for a more considered and practical change in the bathroom.

The problem was that even with all the modifications he still needed help getting in and out of the bath which impacted on his feeling of independence.

The bathroom was only six years old and was both well-installed and in good order, therefore it was decided that we should adapt the existing bathroom for easy access to give Louis the space and facilities he would need to manage his own bathing.

Our Solution – 8-days from start to finish

The first thing we did was to remove the bath that had been causing Louis so many problems. Without the bath there was no need for the hoist that was used to winch him into it when he had trouble doing this himself, so this went also. In their stead, across one end of the bathroom, we carved out a section and installed a luxury walk-in shower – including a large 1600 x 1000 Bette steel non-slip shower tray fitted seamlessly at floor level to avoid being a tripping hazard and an opulent Hans Grohe shower from the Pura Vida range with a massive fixed rain shower head.

We added a Keuco grab rail system from the Plan range to provide both support and high-end style and a fully moveable seat that could be positioned on any of the grab rails – though Louis was very proud that his grandson came around to use the seat more often than he had to, after a gruelling football match each weekend.

We finished off the shower with a strong masculine dark grey tile on floor and walls to complement the style of the rest of the existing bathroom and some additional extraction and lighting. Enough room was left for Louis to have a generous drying area and this made the room feel more spacious.

Louis was able to recapture his independence and enjoy an invigorating shower in his new luxurious modern bathroom whenever he wanted one.

“Thanks again Jago for another project so well planned and done.” Louis, Hampstead Garden Suburb

To ask any questions you may have, or to book an appointment with one of our designers to discuss your bathroom, shower room or wet room, call 01707 861 444 or email charlotte@theshowerroom.com 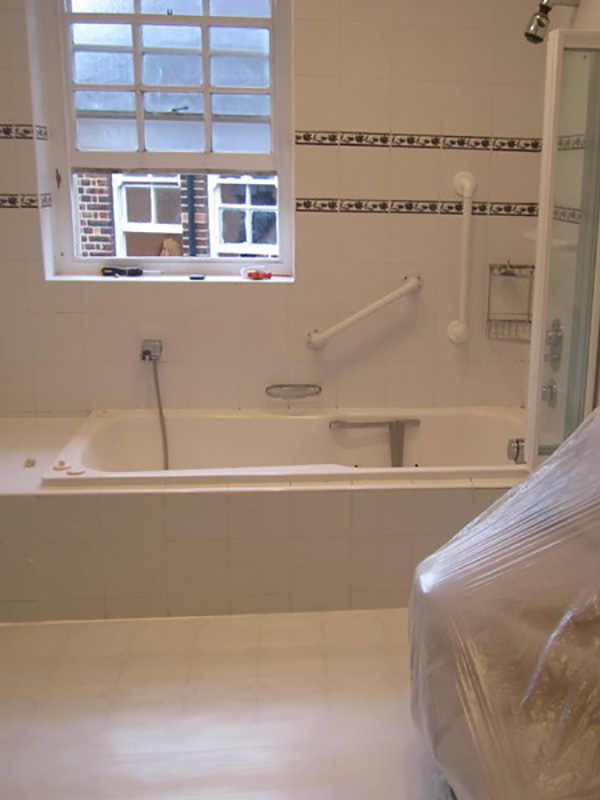 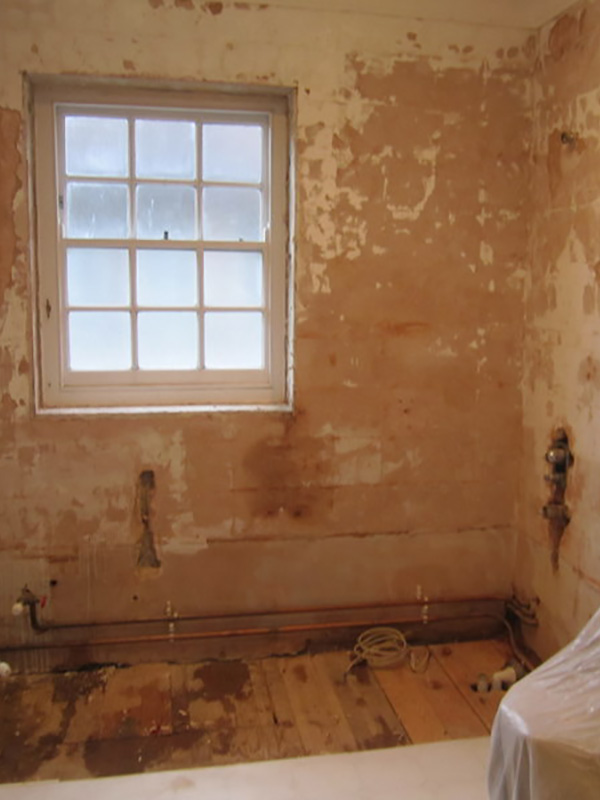 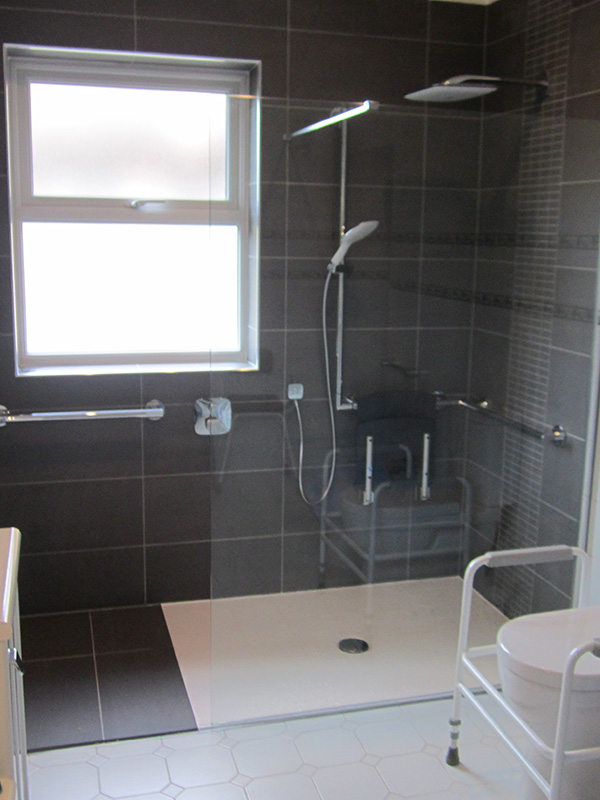 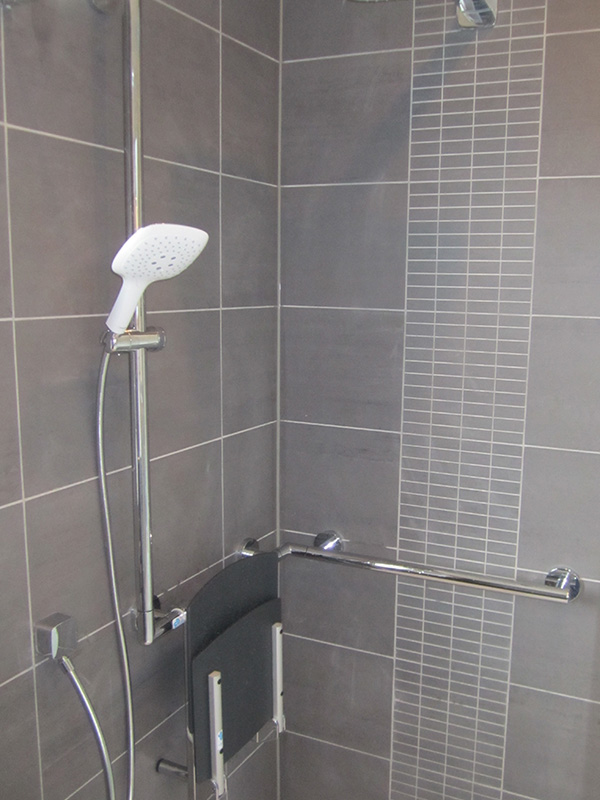 The Shower Room is a design and build company dedicated to the supply, installation and high quality build of shower rooms, wet rooms and bathrooms.